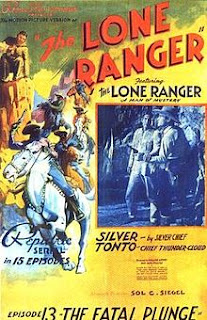 The Lone Ranger is a 1938 American Republic Movie serial based on the radio program of the same name. It was the ninth of the sixty-six serials produced by Republic, the fourth western (a third of Republic's serials were westerns) and the first Republic serial release of 1938. The following year a sequel serial The Lone Ranger Rides Again was released. The fifteen chapters of the serial were condensed into the film, Hi-Yo Silver, which was released in 1940. 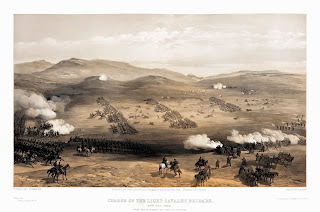 The Charge of the Light Brigade was a charge of British light cavalry led by Lord Cardigan against Russian forces during the Battle of Balaclava on 25 October 1854 in the Crimean War. Lord Raglan, overall commander of the British forces, had intended to send the Light Brigade to pursue and harry a retreating Russian artillery battery, a task well-suited to light cavalry. Due to miscommunication in the chain of command, the Light Brigade was instead sent on a frontal assault against a different artillery battery, one well-prepared with excellent fields of defensive fire.

The William Tell Overture is the overture to the opera William Tell (original French title Guillaume Tell), whose music was composed by Gioachino Rossini. William Tell premiered in 1829 and was the last of Rossini's 39 operas, after which he went into semi-retirement, although he continued to compose cantatas, sacred music and secular vocal music. The overture is in four parts, each following without pause. There has been repeated use (and sometimes parody) of parts of this overture in both classical music and popular media, most famously as the theme music for The Lone Ranger in radio, television and film. It was also used as the theme music for the British television series The Adventures of William Tell. Franz Liszt prepared a piano transcription of the overture in 1838 (S.552) which became a staple of his concert repertoire. There are also transcriptions by other composers, including versions by Louis Gottschalk for two and four pianos and a duet for piano and violin. 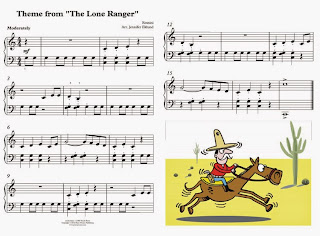 The Lone Ranger debuted as a radio program on Detroit station WXYZ back in January 1933. Young scriptwriter Fran Striker's brief had been to write a "Robin Hood" style Western hero. 2,956 radio episodes were produced in total.

The theme music to The Lone Ranger is March of the Swiss Soldiers, the finale of Gioachino Rossini's William Tell Overture. Thanks in part to an indelible association with the program and its swashbuckling eponymous character, Rossini's stirring instrumental is among one of the most recognisable in the classical canon.
By clicking "MUSIC" in the Lables index we will describe other classical selections used as background and transition themes in the radio series. Many can be determined in the book Mystery of the Masked Man's Music : A Search for the Music Used on 'the Lone Ranger' [Reginald M. Jones] on Amazon.com.

The Lone Ranger acquired his name after he was the sole survivor of a deadly ambush by violent outlaw Butch Cavendish, in which his brother and four other rangers were slain. Or so the legend goes.  The Lone Ranger and sidekick Tonto often call each other "Kemosabe", which roughly translates as "faithful friend" in Potawatomi, a Central Algonquian language spoken by Native Americans around the Great Lakes in Michigan and Wisconsin.

the music of The Lone Ranger radio series

The most popular radio adventure show in history, The Lone Ranger held an audience of millions spellbound for over two decades. Key to its success was the music used on it-music rendered so beautifully, chosen with such delicate precision, that for half a century listeners have frantically searched for an answer to the question, "What was the music used on the Lone Ranger?" This book answers that question and many more, including, "Who performed it?" "Who recorded it?" "When?" "Where?". Set in Detroit, New York, Hollywood, and Mexico City against a backdrop of cliffhanging events that shaped the broadcasting industry, the story is as great an adventure as any heard on the show itself. The Mystery of the Masked Man's Music: A Search for the Music Used on the Lone Ranger Radio Program, 1933-1954

Find The Lone Ranger and other OTR shows... 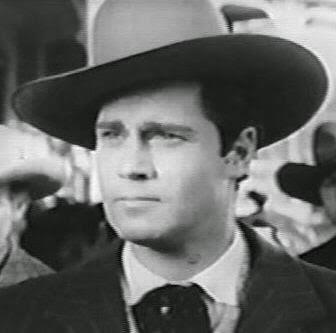